The movements of the Forex markets are continuous, as buyers and sellers are constantly looking for opportunities to invest at different levels. One of the most popular ways to determine where to purchase and sell a currency pair is by using support and resistance. There are a plethora of ways to determine where the market will find support or resistance. These include  using moving averages, trend lines, as well as Fibonacci retracements.

What is Supply and Demand

Support and resistance are key junctures where the forces of supply meet demand. The value of a Forex exchange rate is driven by a decrease in supply and an increase in demand. Supply and demand are driven by a constant flow from central banks, commercial banks, corporate hedgers, consumers, and speculators. As demand rises for a currency pair, an exchange rate will rise to create upward price pressure. As supply increases for a currency pair, the exchange rate will decline to create downward pressure.

Support is an exchange rate level where demand is robust enough to prevent the exchange rate from falling further. This usually occurs when demand increases and sellers become exhausted and are less willing to sell at lower levels.

What Happens When Support and Resistance Level is Met?

Support and resistance do not always hold. Many times there is a breakdown or break out below the support or above the resistance. A decline below support indicates a new willingness to sell and the lack of an incentive to buy. Support breaks and new lows signal that sellers have reduced their expectations of the value of an exchange rate and are willing sell at even lower prices. Additionally, buyers are unwilling to purchase a currency pair as the exchange rate declines below support or below the previous low. Once support is broken, another support level will have to be established at a lower level. The reverse is true for resistance. As prices breakout above resistance levels, sellers become less willing to sell and a new resistance level will need to be established to prevent buyers from continuing to push an exchange rate to higher levels.

How Do You Determine Support and Resistance?

There are several tools you can use to help you determine support and resistance. The most popular are: 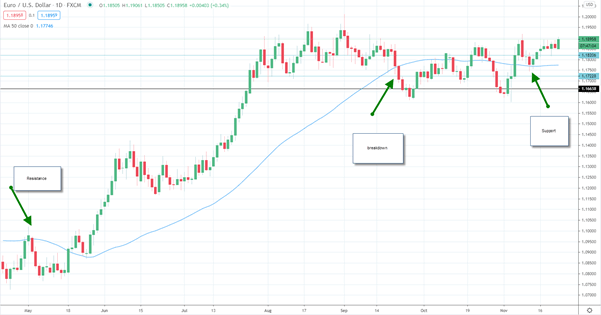 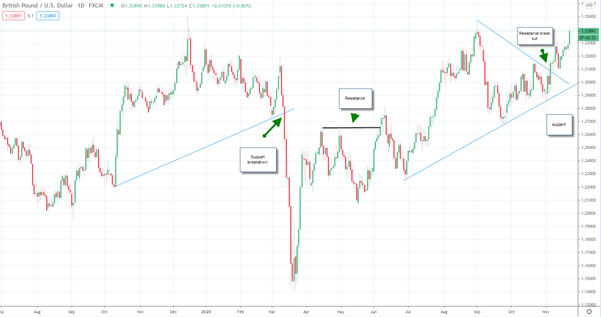 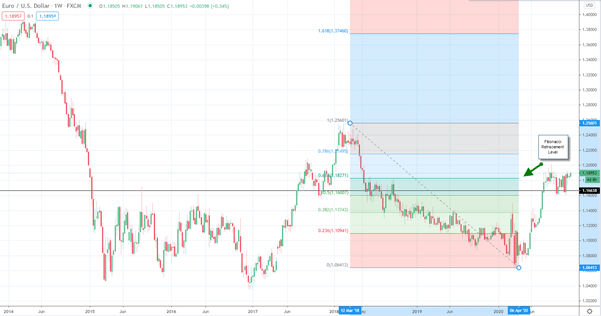 Why is Support and Resistance Important?